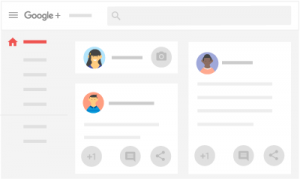 Google+, Google’s answer to Facebook, announced a few days ago in a simple blog post that the company will be “sunsetting consumer Google+.”

Almost hidden within talk of Project Strobe (a sort of audit for third-party apps and data privacy) was this simple declaration:

We are shutting down Google+ for consumers.

The decision seems to be the result of two things: that the platform failed to capture users’ attention, with 90 percent of Google+ user sessions lasting less than five seconds.

And second, a bug allowed apps access to people’s private data. More specifically, apps also had access to Profile fields that were shared with the user, but not marked as public. These included name, email address, occupation, gender, and age but not any other data you may have posted or connected to Google+ or any other service, like Google+ posts, messages, Google account data, phone numbers or G Suite content.

Even though the bug was patched in March 2018, and no one outside of Google seems to have noticed it, in the GDPR era this was the straw that broke the came’s back. Simply put, Google+ seems to be more trouble to the company than it’s worth.

Google+ will be gradually phased out in a period of 10 months.

The decision may also have to do with Facebook’s recent European woes. As the Economist reports, on September 28th, Facebook announced that an attack on its systems had exposed the personal information of 50m users—the biggest data breach in the firm’s 14-year history.

Unlike similar attacks that had occurred in the past, the company was forced to notify European regulators of the breach in order to comply with the GDPR. Regulators will have to decide whether Facebook did this within 72 hours of an attack being discovered, as the law demands. If it did not, it faces the threat of a penalty of 2% of annual revenue, or $813m. The fine could be even bigger—up to 4% of revenue—if officials find that the firm had not done enough to avoid the breach.

Facebook had already started to feel the force of the GDPR, which went into effect in May. Last month Vera Jourova, the European Union’s commissioner for justice and consumers, warned that it needed to amend its “misleading” terms of service to make clearer how it uses personal data—or face sanctions. And Max Schrems, a privacy activist who has successfully challenged the firm in court before, has lodged complaints alleging that Facebook forces users to consent to their data being processed, which the GDPR does not allow.

What may replace Google+? On September 30th Tim Berners-Lee, inventor of the World Wide Web, announced a new startup, Inrupt, which lets users store their information in personal “data pods” and control who has access to them. It could, he hopes, restore the balance of power between firms that process personal data and the people who provide them.

It remains to be seen whether this new platform has any hope of replacing the fallen giant.